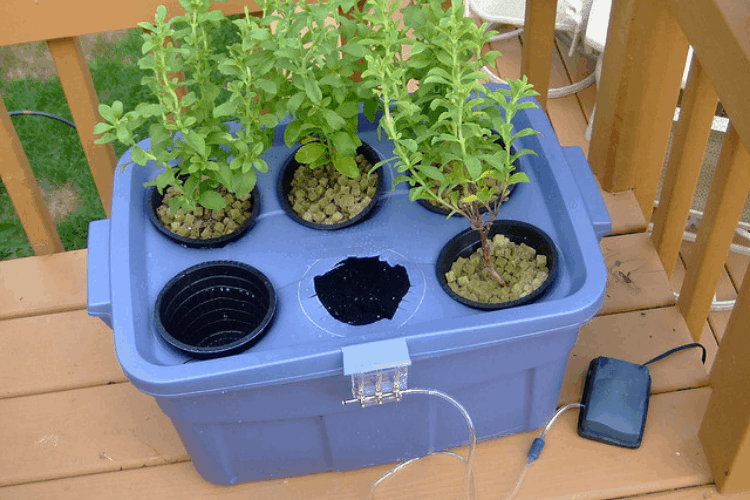 This is a guide to making a homemade hydroponic system. It is a static solution, lettuce raft-type system

This style was chosen because it is a relatively cheap and easy system to make while still offering flexibility to grow and allow you to grow multiple plants at once. It’s a great system for growing organic vegetables in a comfortable setting and not having to worry about pests or weeds.

What Do You Need For A Hydroponic System?

How to Assemble a Homemade Hydroponic System

Related Topics:Featured
Up Next

What Are Heirloom Seeds, are they Really Better?

How to Make Scrap Apple Cider Vinegar for Your Pantry 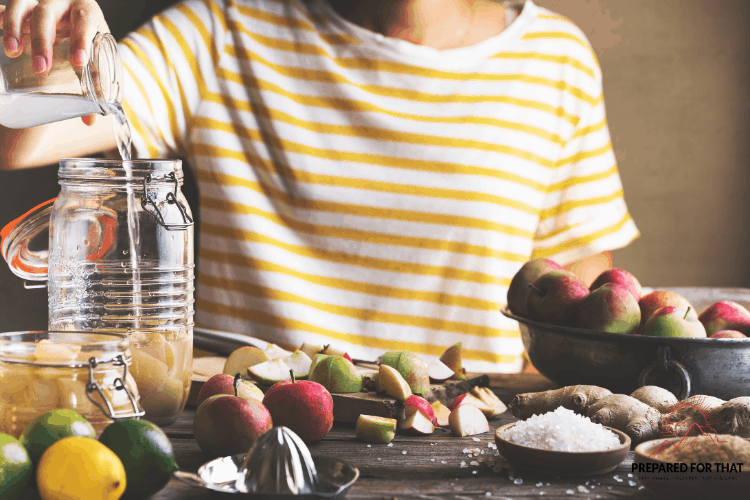 Apple Cider Vinegar is known as the ”The Miracle Cure.”

Scientists have identified as many as 90 different substances in this wonderful drink.

You Can Have Your Apples and Drink Them Too!

I have researched several recipes and decided a simple scrap vinegar would be a perfect starter.

Scrap apple cider is exactly what it implies. You can use any portion of a scrap of the apple to include peel or core and use the inside portion of the apple for pies or sauces.

Fill the bowl or jar with peels, scraps, and cores of organic apples that have been browned from air exposure.

Cover with water and leave a little headspace for fermentation. Make sure the scraps are covered completely with water since exposure could cause mold growth.

Cover with cheesecloth and put in a warm, dark place. If you are making batches at different times,  label the start date of each batch.

You’ll notice the jar contents start to thicken after a few days and a grayish scum forms on top. Leave the jar for a month or so to ferment.

After about a month, you can start taste-testing it and continue until the desired strength. When it’s strong enough, strain out the apple scraps and bottle the vinegar.

It is normal for the vinegar to be cloudy. There will also be some sediment from the apples and what’s known as the “mother.”

If you don’t like the cloudiness, straining it through a paper coffee filter will remove most sediments. However, it is the “sediment” that contains so many of the vital nutrients.

When the vinegar is ready, bottle it up and refrigerate.  If you store long term, pasteurization is needed to keep out dangerous bacteria. Follow this procedure for sterilizing your vinegar for long term storage.

Personally, I like the organic, raw, and unpasteurized kind and will stick to buying Bragg’s Apple Cider Organic Vinegar for long term storage needs.

If you make and store unpasteurized vinegar, share with us your techniques or ideas.

Enjoy your homemade vinegar, and please share tips, suggestions, or other ideas since this is a great disaster preparedness product for your pantry.

Please check out my store below for hundreds of health and beauty products, including Bragg’s Apple Cider Vinegar. 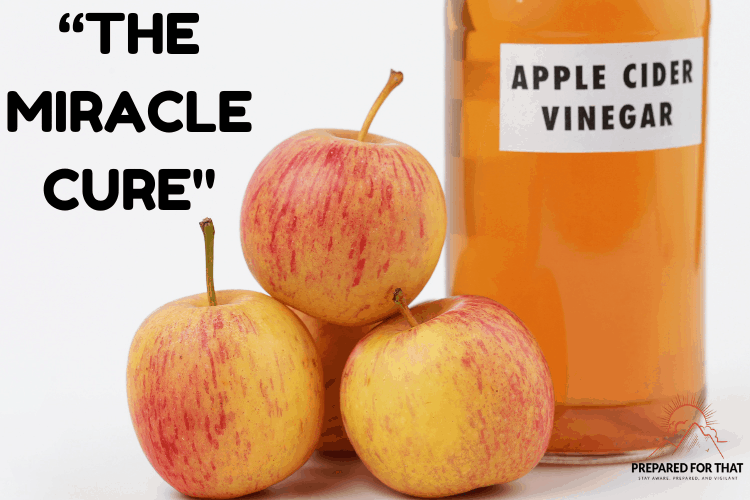 Known as the “Miracle Cure,” Apple Cider Vinegar has been around for centuries and is truly a natural healing gift from God.

Around 400 B.C., the “Father of Medicine,” Hippocrates, told of its healing properties and the health benefits of Apple Cider Vinegar.

Every well-stocked pantry should have a supply of Apply Cider Vinegar for consumption and basic “white” vinegar for cleaning, rising vegetables, and other household uses.

Make no mistake. All vinegars are NOT the same.

Apply Cider Vinegar is a cut above the rest as its natural properties have been known to provide powerful healing. It cleanses the body as it functions as a natural antibiotic, has antiseptic qualities, and kills germs, viruses, molds, and bacteria.

This product has hundreds of uses for a family for pennies on the dollar.

Remember the wise saying, “An ounce of prevention is worth a pound of cure.” I enjoy a few tablespoons in water with honey or by itself as a quick pick me up throughout the day.

It cleanses the liver of toxins, keeps bacteria out of the urinary tract, and balances the digestive tract.  Some claim it helps with weight loss. I notice a difference in my skin tone too!

If I had to pick one item in my disaster preparedness pantry besides water and food, Apple Cider Vinegar would get my vote.

Store in a cool, dark room away from sunlight, and the product will maintain its integrity for many years.

Try this simple but healthy and delicious salad dressing recipe by Bragg’s. It is wonderful to use on salads, steamed vegetables, chicken, fish, or meat. You will never go back to store-bought dressing again!

Where to Buy Apple Cider Vinegar?

I personally like Bragg’s Apple Cider Vinegar because it is raw, unfiltered, and the quality is uncompromising.

Unless you have the means to make your own, some of you might; I think this is the best on the market. But depending on where you shop, it isn’t always cheap. However, considering the thousands of uses and incredible health benefits, it is well worth it.

Most health food stores have the raw, unfiltered kind carried by Bragg’s or others and are usually better priced than major food chain stores, generally speaking.

How to Make Scrap Apple Cider Vinegar for Your Pantry

What Are Heirloom Seeds, are they Really Better? 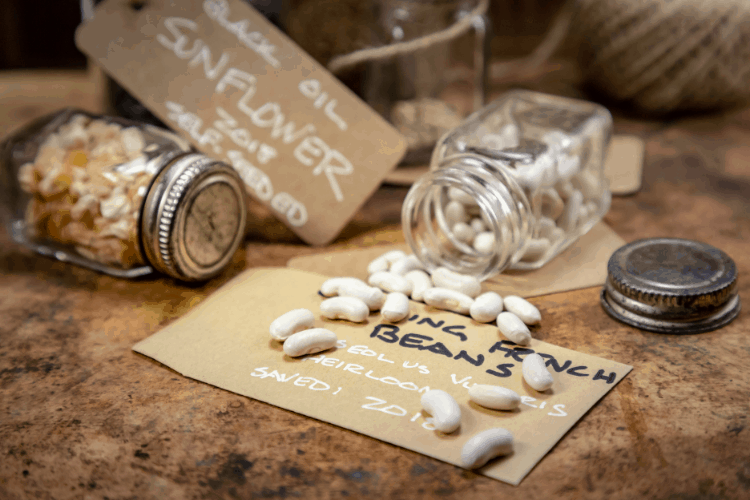 Plants, like animals, can be bred to encourage the presence of helpful traits. Over generations, these traits become more pronounced. With heirloom seeds, two of the most common traits cultivated are adaptability and flavor.

What exactly constitutes an heirloom seed is still debated. Some say anything cultivated after WWII qualifies, while others say the strain must be over 100 years old. While the age of the seed line is still debated, there are two other important qualifications a seed needs to be considered an heirloom:

Are heirloom seeds harder to grow?

Heirlooms are not hard to grow they have developed protection against genetic disease and insects. An example, is the Brandywine tomato, an heirloom that has appeared the most desirable flavor of any kind but can be difficult to grow. It lacks disease resistance, making it susceptible to wilt that can wipe out the crop.

As mentioned above, two of the traits that heirloom seeds are cultivated for are adaptability and flavor. Heirloom seeds are generally well adapted to the climate and region in which they live, able to resist local pests and diseases, as well as extremes in weather.

Heirloom seeds are also passed down because they produce excellent tasting food, a trend becoming more common in an age where people long for naturally grown and tasting crops.

There is another hidden benefit to heirloom gardening, in that it keeps the genetic profile of a crop diverse. In modern agriculture, a very narrow range of crops is grown on monoculture plots. These crops are usually chosen for their productivity and durability and resistance to drought, frost, and pesticides.

Good traits to have, but the result has been an overall reduction in biological diversity. The increasing popularity of heirloom gardening over the past few decades has been a reaction against this trend.

And lastly, the growing and storage by common people of heirloom seeds mean that full control of seed distribution isn’t solely in the hands of corporations and the government, which is a concern for some.

What Is Heirloom Seed Bank?

A seed bank is a sort of genetic bank, where seeds are stored en masse for the future, in the event other reserves of the seed are destroyed. Localized crops can be saved even if a natural disaster or disease hits a region. Worldwide crops can be restored years after a nuclear war. A good idea that can prevent the extinction of a crop and one day might even save humanity.

The Millennium Seed Bank Project, located in West Sussex, UK, is the largest long-term seed bank on earth, with billions of seed samples in an underground, nuclear bomb-proof vault. Its goal is to store seeds from every plant species possible and right now has seeds from around 15% of all plant species on earth.

The Svalbard Global Seed Vault is a seed bank built into a mountain in Norway’s arctic upper regions. It, too, is nuclear war-proofed, and its cold temperatures keep the seeds preserved long term.

The NSW Seed Bank focuses on Australian plants that are threatened or endangered. 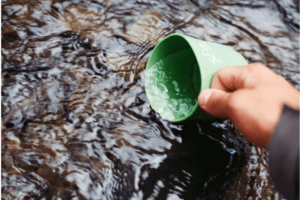 Badass Camping Hacks For Your Next Trip