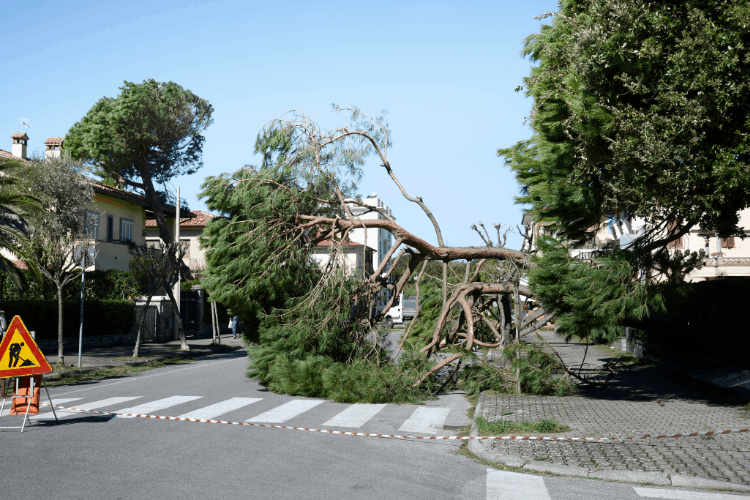 Bugging in at home is an expression that refers to preparing your home for survival for an extensive period of time. It requires a defensive position that you may have to take in an emergency.

The word “hunker down” AKA “Bugging-In is originated from the Old Norse term huka, which means to squat, and the German word hocken, which means to crouch down. The word was first reported in the United Kingdom in the eighteenth century. It had been popularized as a word used by President Lyndon Johnson in the 1960s to inform people to stay wherever they are at given times.

Threats that May Mandate Bugging-In at Home?

In some instances, a tornado, hurricane, earthquake, or avalanche can force you to stay in one spot because there is no way to get out safely. Let’s say that your neighborhood experienced a category 4 or 5 hurricanes or a 7.0 or higher earthquake.

The odds are that the environment around you will be dangerous, and there would be little that the Emergency Services in your area could do to help you out. You’d have to Bugging-In at home for a while.

Times of war or civil unrest:

Some people must Bugging-In as a result of war or civil unrest. People in many parts of the Middle East, Southeast Asia, and Africa have been forced to Bugging-In due to wars.

The Israel-Palestine dispute and the continuing civil war in the Democratic Republic of the Congo are examples. Riots in Detroit in 1967 and Newark, NJ in 1968 are also examples of society being out of control for some period of time.  In these kinds of cases, Bugging-In down may be needed.

There have been too many bomb attacks in America to be surprised anymore.  The unfortunate examples of Oklahoma City, Boston, and of course, NY all spring to mind.  If a situation like these strikes your community, you would have to stay put, just as the people in these locales did.

It’s a Matter of Safety

Bugging in, preparing your home for survival is often the only thing that can be done if you are in a severe disaster. It may be the key difference between life and death. You will have to ensure that you prepare yourself and Bugging-In after a catastrophe hits, no matter where you live or how that tragedy occurred in the first place.

Why Would You Need to Bugging-In at Home?

Bugging In: Fortifying and Securing Your Home for SHTF Moment

Bugging In: Preparing for A Grid-Down Energy Needs

Devices to Help You Communicate Effectively in an Emergency Situation

link to Fundamentals of Water Filtration & Purification for Emergency Survival

WaterFiltration is the process of making safe a contaminated water supply. for human consumption. There are many ways to do this. ofYou can use water filtration. The type can be used. ofWater filter...

Continue Reading
link to Must-Have Foods for Your Prepper Pantry

Consistent stockpiling of nourishing and long-lasting food is an imperative priority for any prepper. It means that the more individuals prep, the more secure they will be in an emergency or...